By Stephen Merrill, courtesy of edutopia

It all started with a big, controversial bet that young kids could actually learn from television. In its inaugural seasons, episodes dedicated to the letter n or the number 5 reflected the zeal of its educational mission and its laser-like focus on pedagogy. But from the moment it was first conceived in a 1967 report presented by its founder, Joan Ganz Cooney, Sesame Street quietly harbored larger ambitions.

Born at the tail end of the 1960s, Sesame Street evoked a world that was grounded in a radical, even utopian, vision. The show was big-city urban, gritty, unafraid of controversy, sometimes psychedelic, and most alarmingly to some of its earliest viewers, racially integrated—and proud of it. The original target audience, reported The New York Times, was a “4-year-old, inner-city, black youngster,” and in between its charming, mainstream skits on literacy and numeracy, Sesame Street felt by turns avant-garde, iconoclastic, and revolutionary.

Now in its 50th year, Sesame Street has remained astonishingly, resolutely inclusive. Long before the topics showed up on adult TV, Sesame Street was tackling HIV/AIDS, home eviction, racism, neurodiversity, and disability with its audience of toddlers. Only a year ago, the show debuted a 6-year-old Muppet with tassels of yellow hair whose mother is battling addiction. All along the way, Sesame Street has faced down hand-wringers who insisted that young kids couldn’t handle any of it. The makers of Sesame Street were unpersuaded—and 50 years of history has vindicated them.

We sat down with Rosemarie Truglio, the senior vice president of curriculum and content, and chatted about the show’s early days, why Cookie Monster now likes veggies, and what drives a show for little kids to take on such big issues.

EDUTOPIA: Take me back to 1967, when Joan Ganz Cooney pitched the show. There was debate about whether kids could even learn from a TV show. What was she thinking?

ROSEMARIE TRUGLIO: Well, Sesame Street is a product of the civil rights movement. In the mid-1960s, Joan Ganz Cooney was a very young producer who was trying to level the playing field, trying to help all children get ready for school—not just the kids who had more advantages and may even have had an opportunity to attend preschool.

The only show before us was Mister Rogers, but his focus was very different. His focus was on the social-emotional skills. And Joan was really focusing on the academic skills. Later, when she determined that children can learn from television shows like Sesame Street, that it can have an educational impact, she started addressing what we call this whole-child, comprehensive school-readiness curriculum. Producers, writers, animators, musicians, directors—all working hand-in-hand with the educators to design curriculum that is appropriate for the target audience, which was 4-year-olds.

TRUGLIO: What’s wonderful about Sesame is that the adults find the humor. It’s a show where you don’t find yourself saying, “This is my kid’s show.” We saw that with Barney—the adults said, “I just can’t watch it. We’re a Barney-free household.” That’s an important distinction for us as an educational show because the research shows that if there’s an adult in the room, the adult reinforces the learning.

And from the start Joan wanted to make sure parents were watching too. Keep in mind the television landscape in the late ’60s and early ’70s. It was a different era. Entire families were gathering around the television set. So that’s why Sesame Street was modeled after the variety show Laugh-In.

TRUGLIO: Think about the set. Think about how Sesame Street was created. It’s a community. It’s a street. It’s a neighborhood. And from the very beginning, it was about diversity and inclusion, so there are many life lessons in addition to your more academic skills.

EDUTOPIA: You’ve mentioned in other interviews that Grover is your favorite character. Why Grover? And what are kids supposed to learn from Grover?

TRUGLIO: Yes, Grover is my favorite, and I know I’m out there saying that, and I feel badly, because I love all the characters. I really, truly do. Don’t tell the other guys.

TRUGLIO: Grover has this innocence and this aptitude for nurturing and caring, but in his attempt to help he often messes up. And what’s wonderful about Grover is that he’s OK making mistakes. He learns and he perseveres.

Children need that in their lives right now because there’s so much stress and pressure, and kids need to know how to build resiliency skills and autonomy. In season 50, Sesame Street is focused on providing kids with a toolbox that helps them manage their emotions, keeps them curious and filled with wonder, and makes them want to keep trying and learning from mistakes and to iterate through trial and error.

I never thought about this until just talking with you, but Grover is really a role model for perseverance. 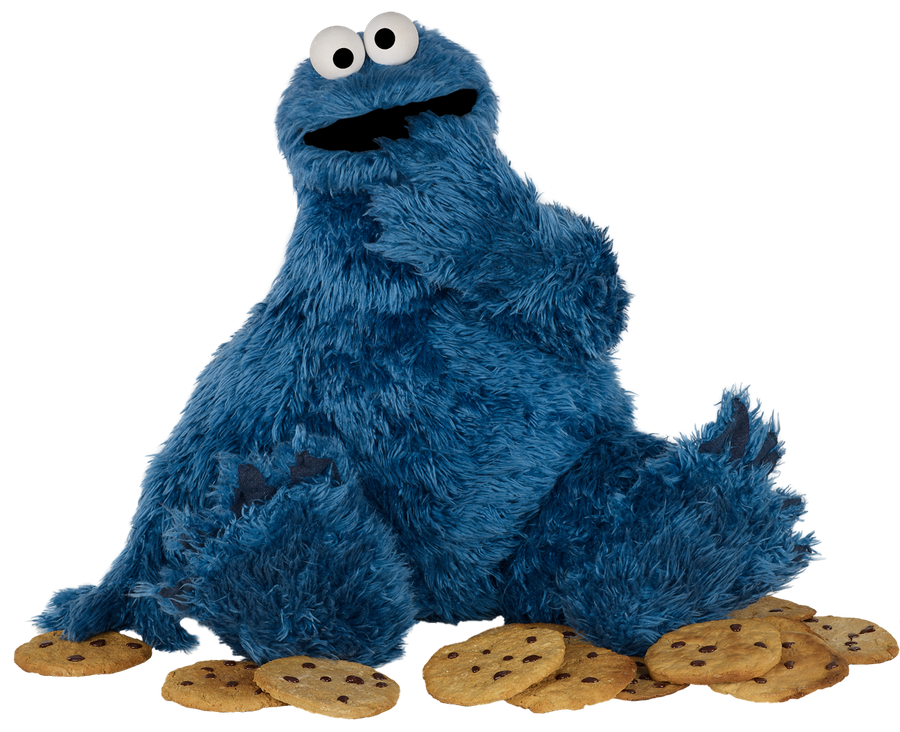 EDUTOPIA: You can really hear the pedagogy underneath the characters when you talk, and how much research and thought goes into them. I feel obliged to ask: Cookie Monster is my favorite character, and I hear that around 2005 Cookie Monster changed and stopped eating so many cookies. It’s heresy. What happened?

TRUGLIO: Well, what Sesame does extremely well is that we’re always looking at what we can do when it comes to an educational need, be it a literacy need, or a STEM need, or a health need. It’s not an intervention—there’s too much focus on interventions.

Sesame Street is about prevention. We start early: What are the foundational skills kids need? So, with childhood obesity—and that was becoming a critical issue—when everyone’s saying, “You’ve got to put kids on a diet,” Sesame Street is trying to say, “Wait a minute, when do these healthy habits for life develop?”

They develop as early as 2. So with that in mind how could we not have Cookie Monster learn about what is a “sometimes food” and what is an “anytime food”? That’s when we created our Healthy Habits for Life curriculum. It is a comprehensive initiative about nutrition, moving your body, and sleep.

The press picked that up and said, “Oh, you’re changing Cookie Monster. You’re turning him into the Veggie Monster and the Pilates Monster.” But we did not change Cookie Monster. Please help me fix this—I get a bad rap for it [laughs].

EDUTOPIA: I’m working on it right now, Rosemarie. Help is on the way.

TRUGLIO: So we did not change Cookie Monster. Cookie Monster eats everything. He eats tables, chairs, alarm clocks, right? He’s always had a varied diet. But we used him to help kids and parents learn these important lessons about eating your colors, and what’s a sometimes food versus an anytime food.

And Deborah Linebarger, I don’t know if you know her, did some research and found that we had a significant increase in kids delaying gratification by four minutes.

EDUTOPIA: The editor in me tends to think of the whole Cookie Monster thing as nerve-wracking—I assume your team must be acutely aware of the fact that there’s this incredible nostalgic value in these characters. How do you balance the need to evolve them with that sense that people might come back and say, “Hey, you’re stealing my childhood. I grew up with that character!”

TRUGLIO: You know, Steve, I’m really enjoying this interview a lot. Our characters are for our children, and the children are very connected to them.

There’s a lot of research on the power of parasocial relationships. Kids are friends with Elmo, they are friends with Cookie Monster and Grover. That’s when you have that power to teach and influence children, because they will listen to the characters. 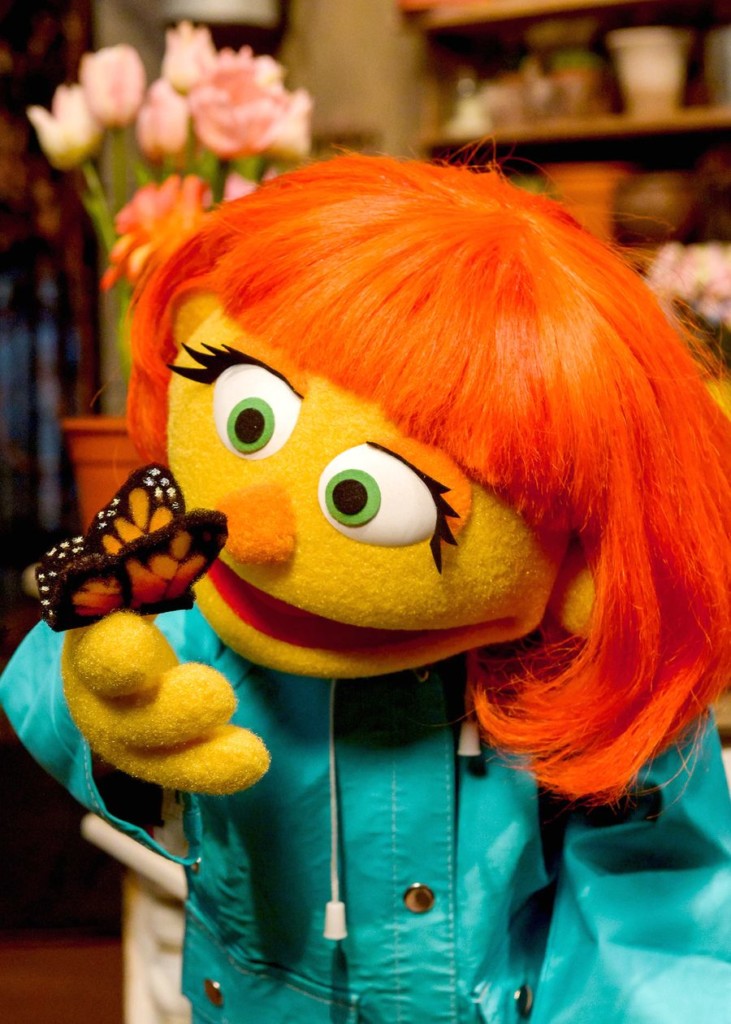 So we ask things like, “OK, can Elmo really teach kids to try broccoli?” And we put that to the test.

Researchers put Elmo on a chocolate bar, and they put an unknown red character on some broccoli. And there was a little bit of movement, but the kids stayed pretty fixed in their preferences.

We need our characters to change to achieve that type of educational impact.

EDUTOPIA: I wanted to bring up Julia, the autistic character who was first developed in 2015. I wanted to read something to you that I found and see what your reaction is.

This is from Rose Jochum of the Autism Society of America, on seeing Julia for the first time: “My reaction was total excitement. The excitement of seeing a new life come into the world. For all of the little kids who have autism, it’s validating to see characters like themselves on television, instead of feeling invisible.”

How does it make you feel to hear something like that?

TRUGLIO: If you were in my office, you’d see. I just got goosebumps throughout my whole body—my heart leaps with joy, because that’s what Sesame is about. It’s always been about representing all children, and for children to see themselves on Sesame Street. And Julia has been a wonderful addition to the Sesame neighborhood and family.

There’s one episode I love that features a scavenger hunt, and Julia’s got this amazing visual skill. She sees embedded shapes in the environment that her other team members aren’t seeing, and because of Julia’s special ability they win. That’s an example of modeling how you embrace differences, and that those differences can be surprising and positive.

EDUTOPIA: A lot of folks think Sesame Street’s been remarkably brave for a long time. The show is just willing to take on hard topics. Can you walk me through one or two of those? And why is Sesame Street so willing to do that?

TRUGLIO: I’m going to go back to our founder. Joan talks about how we need to respect children—that’s what it starts with. We never talk down to children.

I think the first example was when the actor who played Mr. Hooper died in 1982. Sesame Street decided that they weren’t going to replace him, and they were going to talk about death and loss, because parents don’t necessarily know how to talk about that. And Joan wanted this story to be a way to give parents the language so that they could have this conversation with kids. The 9/11 shows are another one.

TRUGLIO: We still had four shows to write, and the production team called me up and said, “We have to do something. Our world is about to change.” And so there’s a very special where a puppet named Gulliver—he’s a seagull, by the way—insists he’s only going to play with other birds. He won’t play with Snuffleupagus. And Big Bird has to explain, “If you can’t play with Snuffy, then I can’t play with you, but could we try doing something together?”

We did that because we knew that children were going to be excluded and even bullied because they looked Middle Eastern because of the tragic event here in New York. Big Bird gave parents and kids the language for how to resolve that type of conflict.

EDUTOPIA: I’m so glad you tackled that. For us Sesame Street lovers, can you tell us if Sesame Street’s going to remain the same in its new home on HBO?

TRUGLIO: Well, Sesame Street has two distribution partners: HBO and PBS. New episodes of Sesame Street will air on HBO, but the show never left PBS–and it will continue to be broadcast there, free to the viewers. A lot of people still don’t understand that, so I want to make it clear. And as an independent nonprofit educational organization, we have creative control of our content, so Sesame Street will always be Sesame Street.

How to help spot the signs of suicide

The tooth is connected to the...Everything!