Most people know dyslexia as a learning disability that affects the ability to read, write and/or spell. But, dyslexia does not cause an inability to learn. Individuals with dyslexia simply learn in different ways.

Dyslexia is not a disease. It occurs because the brain jumbles or mixes up letters and words. Children with dyslexia often have a poor memory of spoken and written words. Dyslexia is not caused by vision problems and those with dyslexia do not see words and numbers backwards.

“People with dyslexia do not choose their condition. It is a neuro-developmental disorder that can limit a person’s ability to read and write. Most individuals are born with dyslexia and it can also be hereditary. In some cases, dyslexia may occur due to trauma to the brain such as a stroke,” says Sudeep Chakravorty, MD, Private Consultant Psychiatrist in Pittsburgh. “The good thing though is that much progress has been made with the recognition and treatment of dyslexia.” 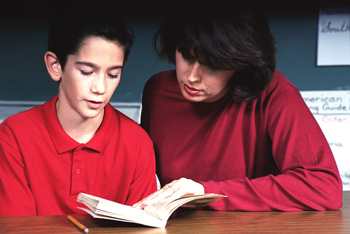 It’s important to remember that dyslexia has little or, often, nothing to do with intelligence. Having dyslexia does not mean that the individual’s ability to learn is below average. In fact, many people with dyslexia are very bright and may have above average IQs.

Dyslexia is typically detected in school. But, it can also be diagnosed at an earlier age. According to Dr. Chakravorty, early detection and treatment can make all the difference.

Signs of dyslexia in children who are too young for school include:

• Talking later than expected.
• Being slow to learn new words.
• Problems rhyming.
• Problems following directions that have many steps.

After a child begins school, the signs of dyslexia include:

• Problems reading single words, such as a word on a flash card.
• Problems linking letters with sounds.
• Confusing small words, such as “at” and “to.”
• Reversing the shapes of written letters such as “d” for “b.” For example, the child may write “dat” instead of “bat.”
• Writing words backward, such as “tip” for “pit.”

Having one or two of these signs does not mean a child has dyslexia. Many children reverse letters before age seven. But if a child has several signs and reading problems, or if there is a family history of dyslexia, parents should consult a physician.
To determine if a child has dyslexia, the doctor will ask about the child’s past health and what signs of dyslexia the parents and the child’s teachers have seen. The doctor will also ask the child questions and may order reading and skill tests.
Treatment for dyslexia typically involves numerous teaching methods to help the child read better. These methods include:

• Teaching how letters are linked to sounds to make words.
• Having the child read aloud with a teacher’s help.
• Teaching the child to listen to and repeat instructions.

“Parents need to keep an attitude of balanced optimism. Children need to be helped to understand that hard work and not avoidance is the key to success. Dealing with frustration patiently and with encouragement is vital,” Dr. Chakravorty says. “Working at dyslexia can actually be fun with the use of today’s computer based interactive technologies.”

Dyslexia is a lifelong challenge. But, through the use of methods geared to meet their unique learning needs, individuals with dyslexia can achieve unlimited learning success! w

Mona Chabra is a freelance writer from Sewickley, PA.

This article appears in the Dyslexia promotes unique learning issue of Pittsburgh Parent.

Looking to adopt a child? 5 Tips for first-time adopters