Named for legendary performer and Pittsburgh native Gene Kelly, the celebration emphasizes the importance of arts education and rewards the time, energy and dedication that local high schools devote to their musical productions each spring.

The event featured performances from the 2021 nominees and students from the participating schools as well as a special message from guest of honor, Patricia Ward Kelly, the wife of the late actor for whom the awards are named.

About the 2021 Gene Kelly Awards

As many high schools were unable to produce their annual spring musicals and are still struggling with the implications of the pandemic, Pittsburgh CLO made a shift from the traditional in-person Gene Kelly Awards Ceremony to a virtual one. After holding several town hall meetings and conversations with previous participants and area teachers, the need to resume this unique and beloved event became more pressing. As we continued to adapt to the ever-changing new normal, staff, volunteers, and school representatives have been worked diligently behind the scenes to put together this first-ever online Gene Kelly Awards ceremony. One of the most exciting aspects of this year’s online format was that all high school students living in Allegheny County were able to participate.

“Since its beginning in 1991, the Kelly Awards has recognized the incredible talent of students across Allegheny County,” said Executive Producer, Mark Fleischer. “While we can’t be together in person at the Benedum, gathering virtually will allow us to applaud the ingenuity and perseverance of students, teachers, and school communities. In a time when we need the arts the most, they have found new ways, despite seemly insurmountable obstacles, to ensure musical theater remained a part of their school year.”

In 2009, CEO Van Kaplan brought Pittsburgh CLO’s Gene Kelly Awards into the national spotlight by co-founding The Jimmy Awards® / The National High School Musical Theatre Awards®, based on its own revered program. Originally, 16 existing regional awards programs participated. Due to the growth in popularity of high school musicals, 36 programs will participate in this year’s event and culminating performance on Broadway.

The Recipients of the 2021 Gene Kelly Awards are: 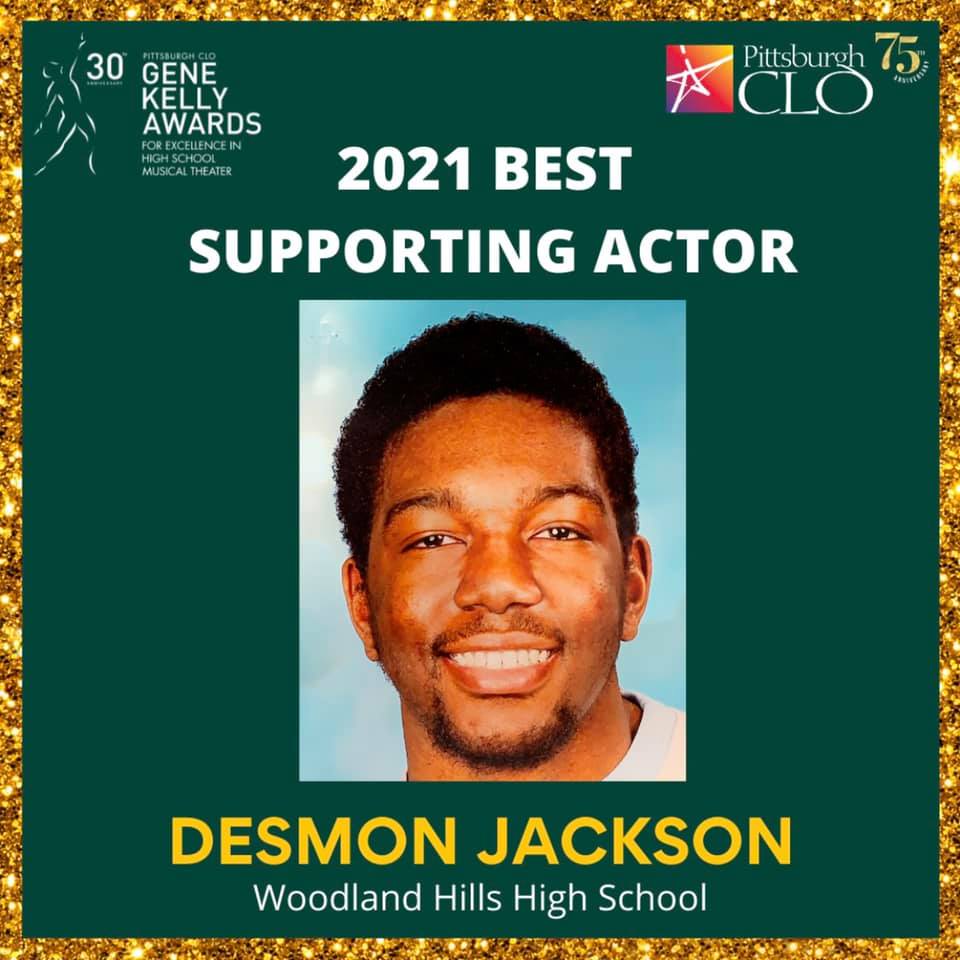 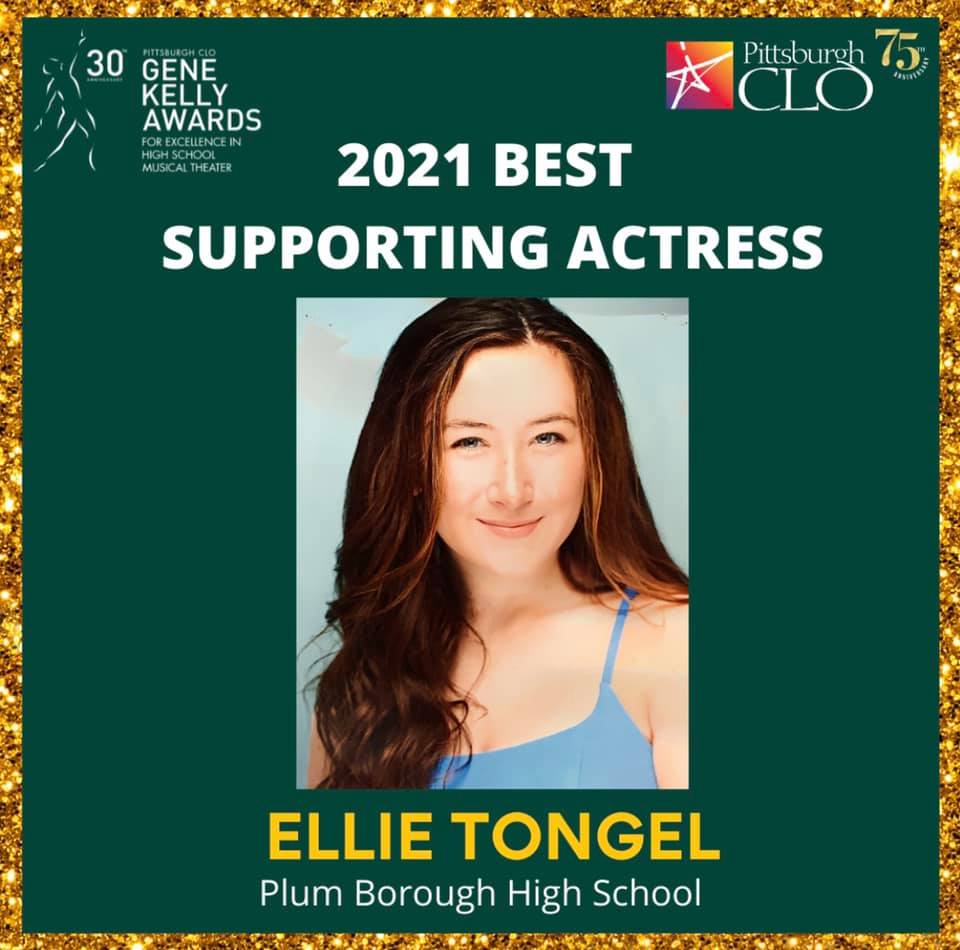 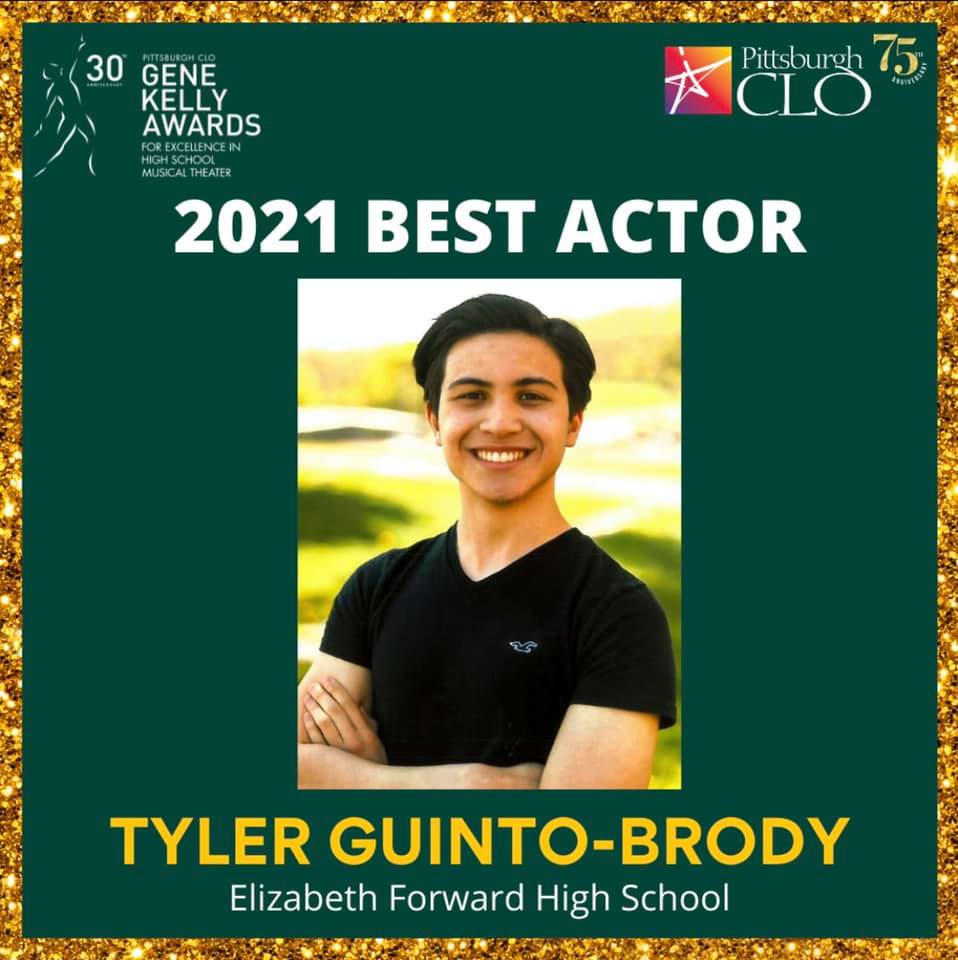 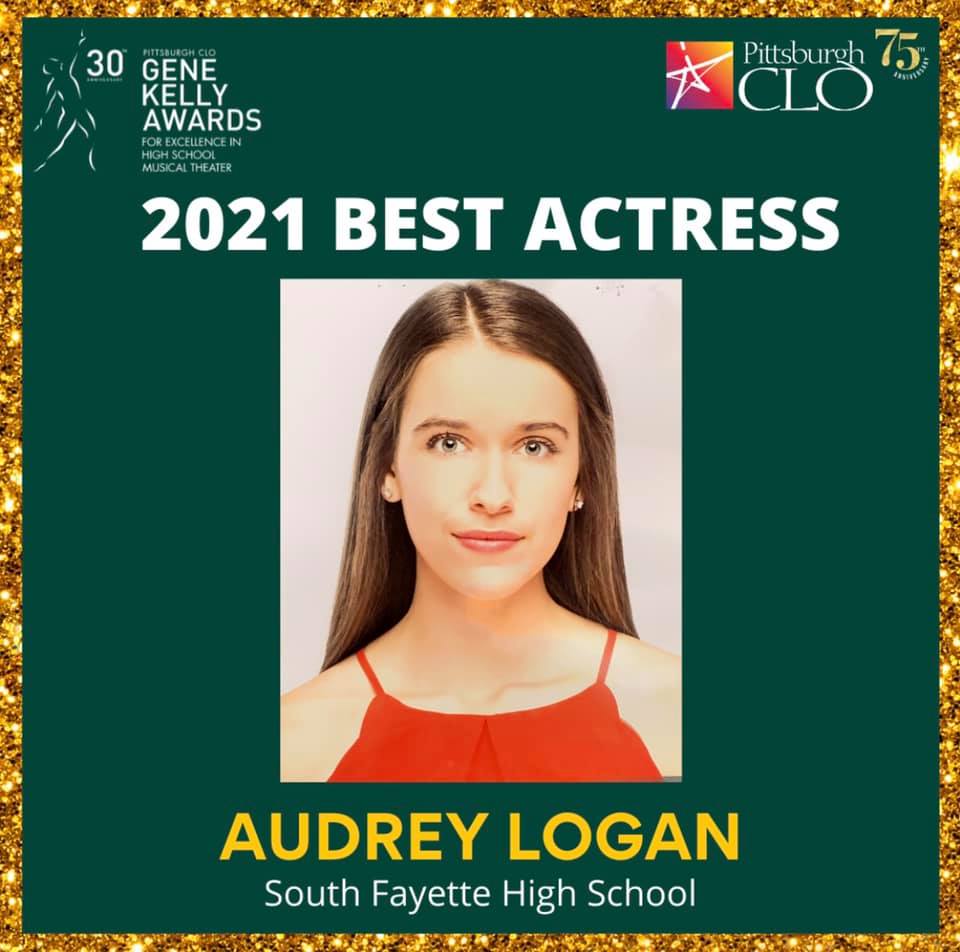 The winners for Best Actor and Best Actress will represent Pittsburgh CLO’s Gene Kelly Awards in the 12th Jimmy Awards® / The National High School Musical Theatre Awards® which will be presented virtually on July 15. The Jimmy Awards® /NHSMTA®, otherwise known as The National High School Musical Theatre Awards®, was established in 2009 by Pittsburgh CLO and Nederlander Alliances, a division of The Nederlander Organization, to elevate the importance of theatre arts education in schools and reward excellence in student performance. The program impacts over 140,000 students annually who participate in high school musical theatre competitions sponsored by over forty professional theatres throughout the US.

Since its inception, NHSMTA has been the catalyst for more than $4,000,000 in educational scholarships awarded to deserving young performers. Also known as The Jimmy Awards®, named for Broadway impresario James M. Nederlander, this year-round program is administered by  The Broadway League Foundation Inc.

The Gene Kelly Awards for Excellence in High School Musical Theater were launched in 1991 as a means to recognize and encourage student achievement and to focus the attention of the community and school districts on the importance of musical theater and arts education. Patterned after Broadway’s Tony® Awards, this event celebrates the power of the Arts to significantly improve all areas of education! High school theater programs are the real winners as show business veterans and community celebrities help to spread the word about the achievements of high school students and their school’s musical theater programs. Over the past 30 years, Gene Kelly Award winners have gone on to Broadway and Hollywood careers.

Pittsburgh CLO has been a driving force behind the preservation, creation and promotion of live musical theater since 1946. As one of the largest regional musical theater organizations in the country, it is fortunate for the yearly support of nearly 200,000 audience members. In addition to producing fresh new productions of Broadway classics, the not-for-profit’s mission is to develop new works and showcase emerging talent, and has been credited with launching the careers of numerous artists such as Billy Porter, Renée Elise Goldsberry, Rob Marshall, Kathleen Marshall, Rob Ashford, Bernadette Peters and Shirley Jones. The organization’s dedication to musical theater extends beyond its six-show Summer Season at the Benedum Center to year-round programming at the 250-seat Cabaret Theater, which saw the world premieres of Up and Away and Game On in 2018 and The Double-Threat Trio in 2019. Its extensive education efforts include the Pittsburgh CLO Academy of Musical Theater; a university internship program; New Horizons, and in-school programs Gallery of Heroes and Creative Vision. Other ongoing initiatives include the Construction Center for the Arts, the Richard Rodgers Award, the Gene Kelly Awards for Excellence in High School Musical Theater and SPARK, a festival for new small-cast musicals launched in 2018. The organization also founded the National High School Musical Theatre Awards/ Jimmy Awards®. To further its mission to grow the art form, Pittsburgh CLO has been involved with 29 Broadway shows (32 Tony Awards®), and in 2014 produced the world premiere of An American in Paris in Paris, then on Broadway, where it won 4 Tony Awards®, and in London, Tokyo, Pittsburgh and throughout the U.S. and Europe. Pittsburgh CLO is the subject of a film starring Jeff Goldblum titled “Pittsburgh.” pittsburghCLO.org.