Carnegie Museum of Art announces its 2022 season with exhibitions leading up to the 58th Carnegie International. Each exhibition probes local concerns and national histories within the broader context of the world today, as part of the museum’s wider vision to present the work of living artists while engaging with the collection.

The group exhibition Working Thought, opening March 3, examines the ways in which contemporary artists have explored labor and economic inequality in America in their work across media. Opening on March 26 in the Heinz Architectural Center is Zoe Zenghelis, a solo presentation of paintings by artist and founding member of OMA (Office for Metropolitan Architecture). Gordon Parks in Pittsburgh, 1944/1946, opening on April 30, highlights an important chapter in Parks’s landmark career when he traveled to Pittsburgh to photograph World War II efforts at the Penola Grease Plant. On September 24, the Carnegie International, North America’s oldest exhibition of contemporary art, will return to Pittsburgh for its 58th edition.

Bringing together works from the museum’s collection alongside new commissions and loans, Working Thought examines the many ways contemporary artists have engaged with the critical issues of labor, class, and economic inequality that have shaped American life past and present. Working Thought will include over 30 featured artists, including Fred Lonidier, who merges strategies of conceptual photography with activism; Margarita Cabrera, whose work invites the collaboration and involvement of immigrant communities; and Jessica Jackson Hutchins, whose kiln-fused glass works respond to contemporary issues, in addition to works by Theaster Gates, Cameron Rowland, Rodney McMillian, Jessica Vaughn, Andrea Bowers, Jaune Quick-to-See Smith, and many others. As part of this show, Carnegie Museum of Art will present public programs that further connect art and labor with May Day (International Workers Day). On April 21, 2022, from 6–9 p.m. in the Hall of Architecture and throughout the exhibition galleries, artists and curators will come together in dialogue with visitors and regional musicians will perform contemporary interpretations of work songs. On April 23, 2022, beginning at 10 a.m. in the Hall of Sculpture, artists in the exhibition will be partnered with local community organizations for collaborative art making in preparation for May Day. More information about these events will be forthcoming in 2022 on CMOA.org. Working Thought is curated by Eric Crosby, Carnegie Museum of Art’s Henry J. Heinz II Director. 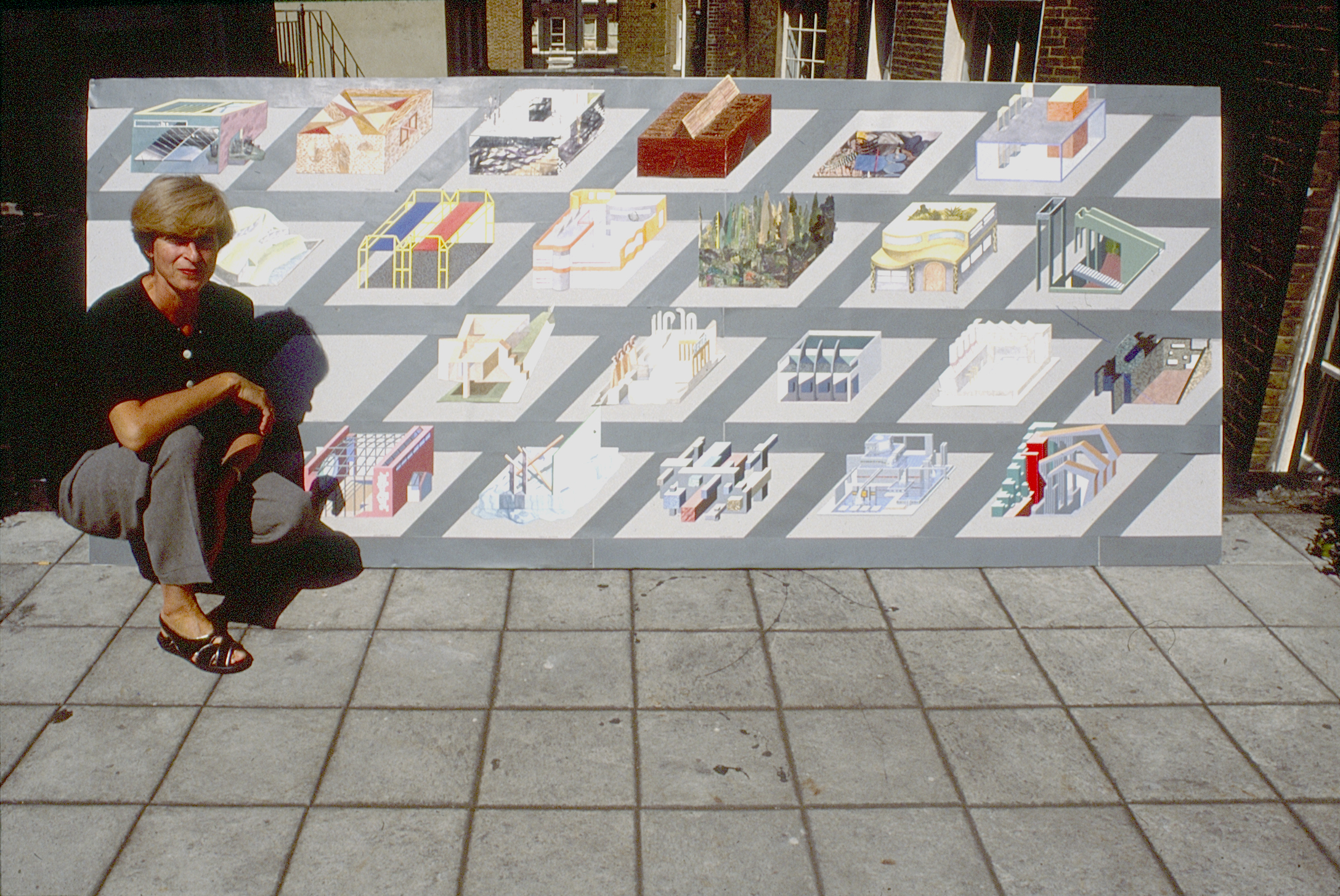 This solo exhibition celebrates Zenghelis’s work at the intersection of painting and spatial imagination. The painting survey, a first for the museum’s Heinz Architectural Center, brings into dialogue her independent painting practice with the collaborative projects of the architectural firm, OMA, and the teaching methods that she developed as an art educator. Her practice has defied disciplinary classifications, resulting in works populated with buildings, fragments, and abstract tectonics that construct worlds of imagination and longing. Seductive metropolitan formations blended into dystopian landscapes, floating buildings captured in disturbing stillness, and idle fields merged with urban grids—Zenghelis’s work offers a contemplative critique of the built environment and a way of thinking about space through the medium of painting. A programmatic highlight of this show will be a roundtable discussion and gallery tours open to the public, taking place on April 30, 2022 at 10:30 a.m. The discussion will revolve around the topic of spatial imagination and painting and take place in Carnegie Museum of Art’s theater with the curatorial team, artist, and contributors to the exhibition publication. Prior to and after the roundtable, exhibition tours will be offered to event attendees, led by the curatorial team. Registration for this event will be forthcoming in early 2022 on CMOA.org. Zoe Zenghelis is curated by Theodossis Issaias, associate curator of the Heinz Architectural Center and Hamed Khosravi, architect and educator at the Architectural Association School of Architecture.

Gordon Parks, The cooper’s room where the large drums and containers are reconditioned. Here a workman lifts a drum from a boiling lye solution which has cleaned from it grease and dust particles (detail), 1944, Prints and Photographs Division, Library of Congress, Washington D.C.

Through Parks’s recently rediscovered photographs of Pittsburgh workers, this exhibition provides an insightful view of World War II–era America that still resonates today. In March 1944 and September 1946, Gordon Parks traveled to Pittsburgh on assignment for the public relations department of the Standard Oil Company to photograph the Penola Grease Plant. An established photographer known for his unparalleled humanist perspective, Parks was tasked with photographing the plant, its workers, and the range of their activities manufacturing lubricants to support U.S. military efforts during World War II. The resulting photographs—dramatically staged and lit, striking in their compositions—endure as an insightful interpretation of World War II–era America. Photographs in this exhibition will have specific relevance for members of the Pittsburgh community; local visitors might recognize acquaintances, friends, or even family members in these images. The exhibition will be paired with special programming and community events to spark engagement with this unexplored body of Parks’s photographs of the Steel City, with additional information forthcoming in early 2022 on CMOA.org.  The exhibition and its accompanying publication have been made possible through a partnership between Carnegie Museum of Art and the Gordon Parks Foundation. Gordon Parks in Pittsburgh, 1944/1946 is curated by Dan Leers, curator of photography at Carnegie Museum of Art.

Carnegie Science Center announces opening and final tour of GUITAR: The Instrument That Rocked the World