Accessible and inclusive playgrounds: where all kids can play

Mara Kaplan would have been ecstatic if there were accessible swing seats at a local park when her son, Samuel, was little.

“We would have been there all the time,” she says.

Mara remembers how difficult it was to find parks that had play features that her son, who has a disability, could enjoy. That experience inspired her to spend the last nearly two decades advocating for inclusive play. Mara is the founder of Let Kids Play, a consulting business that helps communities create new accessible playgrounds and provides a database of accessible playgrounds around the world to help families find a place where all children can play.

The Americans With Disabilities Act (ADA) requires that playgrounds built after 2012 must comply with standards set forth in the law. In December 2017, the City of Pittsburgh announced that the Department of Public Works would add play equipment for children of all abilities in 78 parks and playgrounds citywide in order to improve accessibility for children with differing abilities.

“The expansion of handicap accessible equipment in our parks, including the first wheelchair accessible swing, eliminates barriers and provides children and families the opportunity to learn, grow and play together,” said Pittsburgh Mayor Bill Peduto in his press conference announcement.

“The city brought the conversation to the forefront,” Mara says. “Installing accessible swings was an important step forward.”

“While there’s been progress, many playgrounds in our area lack inclusive features. Without elements like smooth surfacing, ramps and ground-level play, it’s much harder for all kids to participate,” says Matt DeFrange, Foundation and Community Relations Manager at The Children’s Home of Pittsburgh & Lemieux Family Center.

The bottom line is that kids must be able to get to the structures in order to play on them. Woodchips, mulch, and sand surfaces simply don’t work for some children.

“You can’t get a wheelchair through mulch. The front wheels get stuck. I know that from experience,” Mara agrees.

Fortunately, new technology has made playground surfaces safer, softer, and more accessible for individuals who use wheelchairs or other mobility devices. In addition to improved surfacing and specialized swings, accessible playgrounds might also include ramps, ground level play features, and entries that can accommodate two wheelchairs side by side.

What is an inclusive playground?

“The idea is to reduce as many barriers to participating as possible,” Mara says.

Inclusive playgrounds located in the Pittsburgh area include:

The playground at The Children’s Home, Bloomfield

In August 2019, The Children’s Home held a grand opening for their new community playground on Penn Avenue in Bloomfield. The playground features double-wide bridges and ramps for wheelchair access, ADA swings and a wheelchair swing, and numerous play elements accessible for children of all abilities and stages. Freestanding sensory play features, like a giant xylophone, chimes, and drums, are all accessible to wheelchairs. However, the centerpiece of the playground is a super cool sensory tunnel with color, light, and texture. 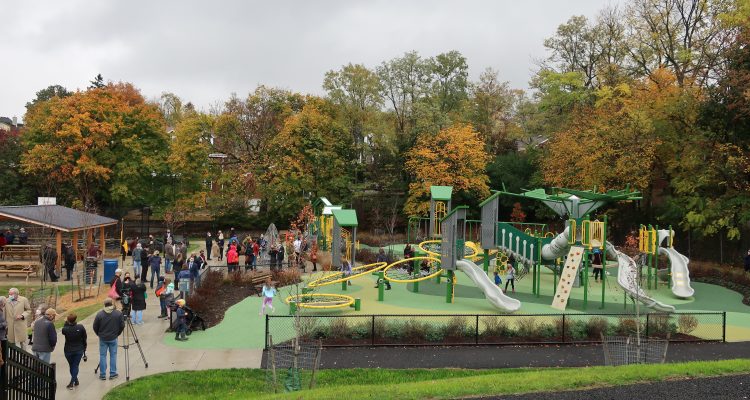 The City of Pittsburgh is currently in the process of improving Wightman Park, which is located across the street from the Carriage House Children’s Center. With public input, the community helped create a plan to make the park safer, cleaner, greener and more accessible for all. The plan includes three distinct play areas for children of differing ages and abilities. Of particular note, the accessible restroom facilities will have changing tables for older kids.

According to the timeline, the grand opening for the new, improved Wightman Park is scheduled for summer or fall of 2020. 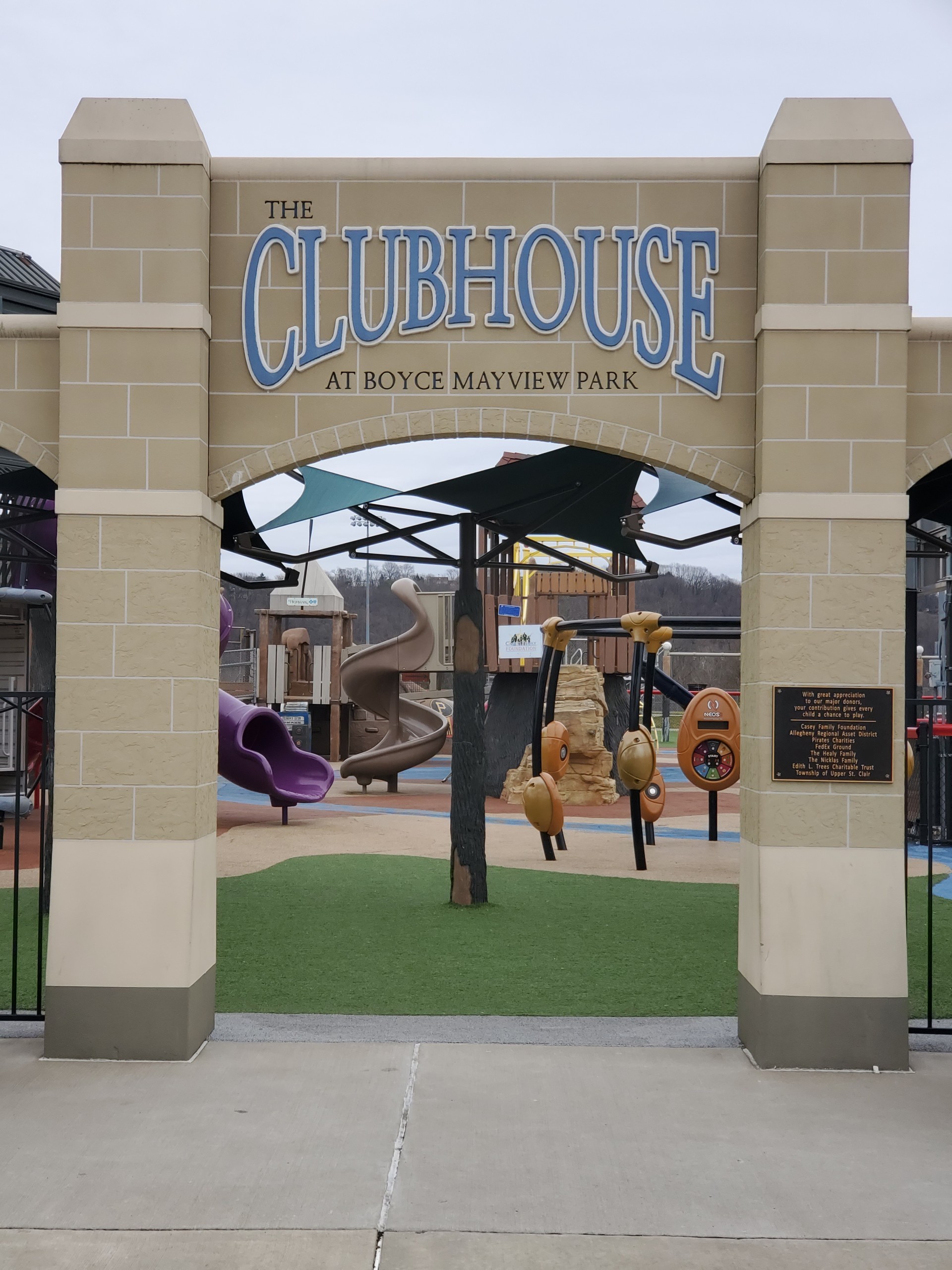 “This is a one-of-a-kind playground. It was specially designed for us,” says Tim Gebhart, Executive Director of Miracle League of the South Hills.

The playground, which opened in May 2015, is adjacent to the Miracle League ball field and features the backdrop of the Pittsburgh skyline so that kids at home plate face a replica of the bright yellow Clemente Bridge just beyond the center field fence.

On an unseasonably warm winter day, I drove by Casey’s Clubhouse. The playground was packed with kids of all sizes, ages, and abilities. Their happy squeals and laughter filled the air as they played, climbed, and strolled through the play area, enjoying the unexpected spring-like weather.

“I think at the end of the day, that’s what it’s all about. We’re all Pittsburghers. We love this community.”

Writer Ann K. Howley is the author of Confessions of a Do-Gooder Gone Bad and recently completed her first young adult novel.

The future Is here: Assistive technology for learning disabilities

Could your workout routine contribute to hearing loss?